LONDON Trackwork, Canada, has been awarded a contract to supply special trackwork for Ottawa's 12.5km light rail Confederation Line, which is currently under construction. 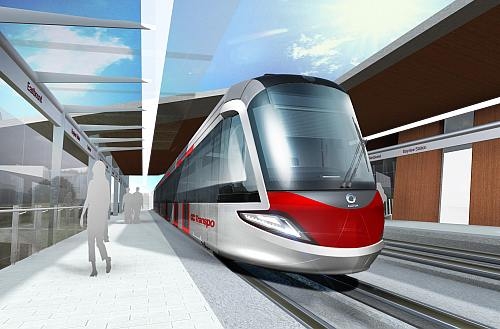 The contract value was not disclosed, although London Trackwork says the order is worth "several million dollars" and includes No 6, 8 and 12 geometry turnouts with single and double crossovers.

The 13-station Confederation Line will link Tunney's Pasture in the west of the city with Blair in the east and includes a 2.5km tunnel beneath the city centre.

The line is being constructed by the Rideau Transit Group consortium including ACS Infrastructure Canada, Dragados, SNC-Lavalin, EllisDon, Veolia, and Alstom, which was awarded the $C 2.1bn ($US 1.86bn) design-build-finance-maintain contract by the City of Ottawa in 2012.