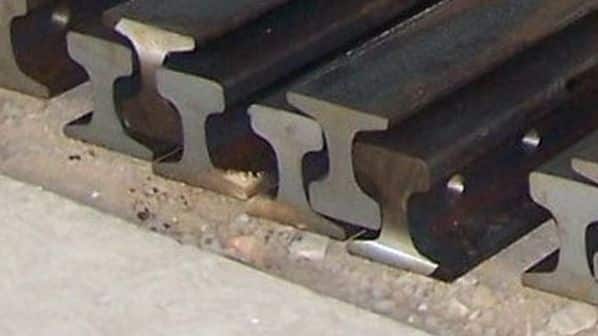 The AMRAS mill produces not only mainline rail but also rail for mines and sidings.
Photo Credit: ArcelorMittal South Africa

GIVEN significant potential to modernise and expand the rail network in South Africa and elsewhere in Africa, steps are being taken to revive the former Highveld Structural Mill which was the sole producer of mainline rail in sub-Saharan Africa.

The facility, located in Emalahleni in South Africa’s Mpumalanga province, was recently acquired by steel s manufacturer ArcelorMittal. The plant has now been renamed the ArcelorMittal Rail and Structural (AMRAS) Mill.

Over a five-year period from 2017, ArcelorMittal operated the mill under contract and produced 80,000 tonnes a year of heavy structural sections, helping to replace around Rand 1bn ($US 55.5m) a year of imported steel with domestic South African production. The subsequent closure of the mining company Highveld Steel and Vanadium by then owner Evraz appeared to put the plant’s future in jeopardy but ArcelorMittal’s acquisition is seemingly set to breathe new life into the facility.

In March 2021 the South African government announced that it was looking to grow the country’s railway sector and to open up the network to third-party freight operators as a means of stimulating economic recovery after the Covid-19 pandemic.

ArcelorMittal says it will be able to bring its research and development expertise and knowledge of operating practices of heavy structural rolling mills to the AMRAS mill, meaning that the steel products for railway infrastructure development and rolling stock construction can be sourced and developed domestically. The facility also produces railway products for mining companies, including 15kg/m, 22kg/m and 30kg/m rail sizes, and the aim is that some production will be for the export market.

ArcelorMittal says the mill’s output could be a significant catalyst for not only the local steel industry but also for industrialisation and growth in the South African economy. With the conclusion of the acquisition, ArcelorMittal South Africa is creating around 250 permanent jobs.

In a launch event held at the mill, the company welcomed South Africa’s minister of trade industry and competition, Mr Ebrahim Patel, and delegates from government and industry. Patel congratulated all stakeholders on the mill’s revival, saying the project showcased South Africa’s ambitions to be a globally competitive player in the steel market and to revive  rail production capacity.

“We are repositioning our company as the backbone of the South African manufacturing industry and as the steel partner of choice in sub-Saharan Africa,” says ArcelorMittal South Africa CEO, Mr Kobus Verster. “AMRAS offers the opportunity for public-private partnerships to position South Africa as a strategic African provider of rail infrastructure.”