INFRASTRUCTURE maintenance and construction company Rhomberg Sersa Rail Group is to take on most of the workforce and contracts of Universale Bau, a subsidiary of Austria's insolvent Alpine Bau Group. 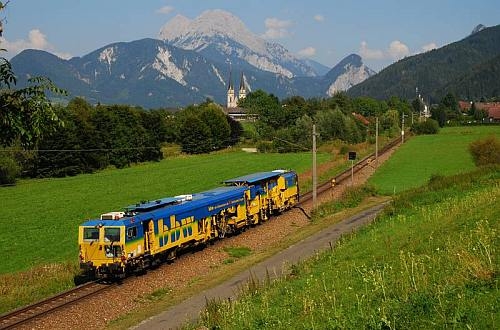 Salzburg-based Universale employs around 150 people, 100 of them in track construction, and reported turnover last year of around €20m last year. The company specialises in groundwork and underground construction, track superstructure, cable installation and noise mitigation, works, as well as railway infrastructure maintenance.

Rhomberg says that its Bahnbau Wels subsidiary submitted an offer for the immediate acquisition of Universale and contracts were signed on July 15, with construction sites and staff transferring immediately to the new owner. The purchase price has not been disclosed.

Subject to approval of the takeover by the Austrian competition authority, Universale will become an independent subsidiary of Rhomberg Sersa Rail Group.