THE first 1520mm-gauge trials of Alstom's NBT slab track system began on November 15, when testing was launched at the VNIIZhT test centre at Shcherbinka near Moscow in the presence of Russian Railways (RZD) senior vice-president Mr Valentin Gapanovich. 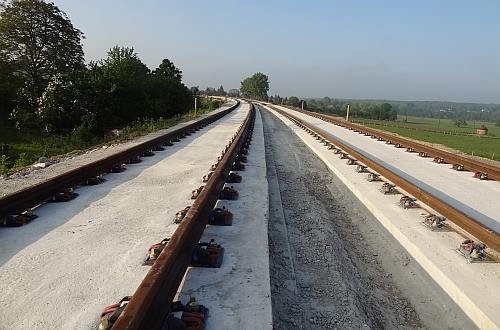 The lifecycle tests will assess the performance of various slab track configurations with the aim of certifying the system for use on high-speed lines.

During the first phase of testing a loaded train will run over the section of track at 80km/h. The most stable configurations will then be put forward for high-speed testing, which will involve the construction of a longer section of slab track.

A 1km double-track section of NBT has been in operation on the Gisors – Serqueux line in northern France since last December.