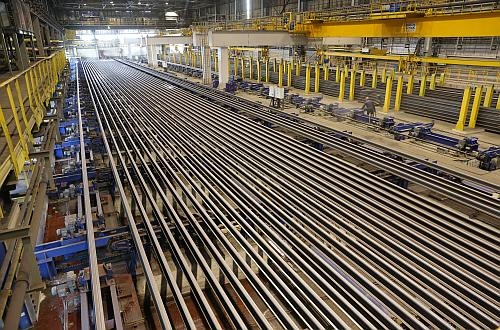 Evraz says the rails have been developed to support the operation of both 250km/h passenger trains and heavy freight trains, a characteristic of this intensively-used mixed traffic line.

The rails are being produced at Evraz's Western Siberia Metallurgical Plant at Novokuznetsk in Kemerovo Oblast in which reopened in 2013 after a major upgrade which enabled the mill to produce 100m-long rails for the first time.