SWISS Federal Railways (SBB) has named the winners of contracts worth a total of SFr 136m ($US 144m) for tracklaying services over the next 5-10 years. 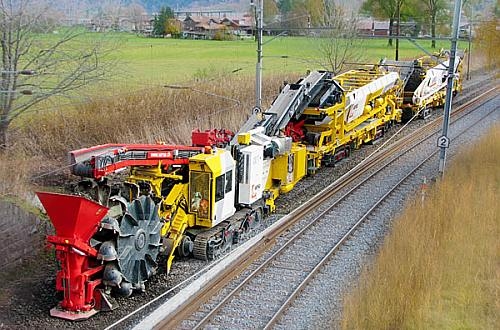 The contracts cover the lease and operation of 65 vehicles for the maintenance and renewal of track, including cranes, rail grinders, and ballast tampers.

More than 95% of the total value of the contracts has gone to two Swiss companies, Scheuchzer and the Sersa Group. The remainder is divided between Swiss suppliers Krebs Gleisbau AG, Speno International, Carlo Vanoli, and Vanomag, Germany's Alpha Rail Team, and Generale Costruzzione Ferroviarie, Italy.

One of the machines SBB will use for the first time is a new hybrid tamper developed by Krebs Gleisbau in partnership with its supplier Plasser &Theurer, which will reduce emissions and noise at worksites. Also new is a machine developed by Scheuchzer for substructure renewals which can recover ballast for recycling.