FRANCE’s infrastructure manager, SNCF Network, has awarded a five-year track renewal contract, with an option for a two-year extension, to a joint venture led by Meccoli, which includes ETF, a subsidiary of Vinci group company Eurovia, VFLI and Sferis. 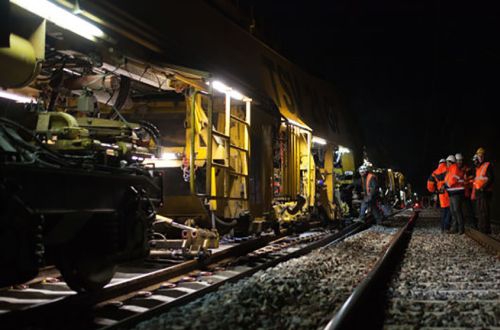 The contract calls for the renewal of nearly 200km of track per year in various French regions. It is planned to use a high-output track renewal train for much of the work which will be able to renew nearly 1km of track per day, rather than 150m per day using less efficient methods.

To limit disruption to services, trains will continue to use the adjacent track where possible. For the first time under this type of contract, the joint venture will be entrusted with setting up temporary speed restrictions and lineside warnings. The joint venture will also be responsible for associated signalling works and the autonomous operation of work trains.