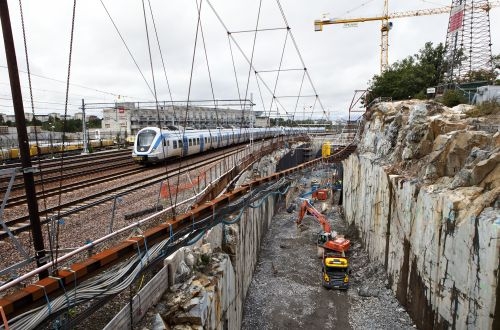 The contract encompasses construction of the complete railway line, including catenery, as well as power supply, telecommunication and fire protection systems.

City Line is intended solely for Stockholm public transport authority, SL's, suburban train traffic. It will double existing capacity by adding two new tracks and will separate suburban services from long distance and freight traffic which currently share the sole double track line in and out of Stockholm city centre.

The project involves constructing a new tunnel under Stockholm city centre between Stockholm South and Tomteboda station and  a new 1.4km flyover between Årsta and Älvsjö. It will also add two new stations at Stockholm City and Stockholm Odenplan.

The new line is scheduled for completion in 2017 and the overall project is estimated to cost SKr 16.8bn at 2007 prices, with construction reaching its half way point earlier this year.

For a detailed overview of the project see the February 2013 issue of IRJ p30, or click here.