Overcoming cross-border break of gauge between 1435mm and 1520mm lines is a key issue. 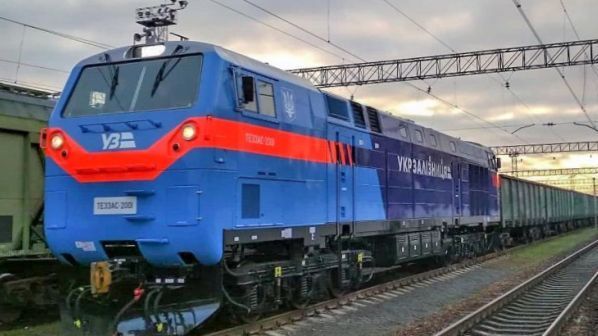 The EC has highlighted the difficulties at the Ukraine and Moldova borders arising from the country using the Russian gauge of 1520mm while neighbouring EU countries use 1435mm gauge.
Photo Credit: IRJ

THE European Commission (EC), together with the European Investment Bank (EIB), are launching a pre-feasibility study to assess how to better connect the Ukrainian and Moldovan railway networks with the European Union (EU) Trans-European Transport Network (TEN-T).

While 1435mm gauge is used in most EU countries, Ukraine and Moldova use the Russian 1520mm gauge and the break of gauge at the borders between these two countries and neighbouring EU member states complicates the movement of freight by rail.

The EC believes this could be solved by extending 1435mm gauge routes across the borders of Poland and Romania into Ukraine and Moldova. It has commissioned the EIB’s technical advisory service, Jaspers, to complete the pre-feasibility study by May 2023 in close cooperation with the countries concerned.

The EC says the pre-feasibility study is “a key step in preparing for better EU-Ukraine and Moldova connectivity after the war.”

“The study is one of the medium- to long-term measures set out in the Solidarity Lane action plan and is also closely linked to the commission’s July 2022 proposal on the extension of the TEN-T to Ukraine and Moldova,” says EC commissioner for transport, Ms Adina Vălean. “This way we are setting the scene for longer-term solutions, supporting Ukraine in its post-war trade and the reconstruction of the country, aiming in particular to remove the interoperability gap at borders.”

Other efforts to boost cross-border rail freight flows between the EU and Ukraine include the opening of the East-West Gate terminal at Fényeslitke, close to the Hungarian-Ukrainian border. From November it is expected to be capable of handling 800 tonnes of grain and 450m3 of sunflower oil per hour, making it the largest rail hub for Ukrainian food exports.