TATA Steel has been awarded a contract to supply 60,000 tonnes of rail for the 444km Haramain high-speed line between Mecca, Jeddah, and Medina, which is currently under construction. 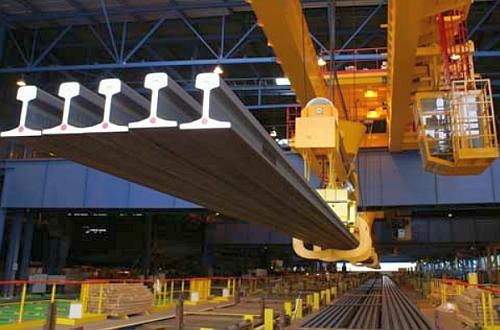 Steel for the rails will be produced at Tata's Scunthorpe plant in Britain before being rolled into 25m lengths at the company's Hayange mill in eastern France, which is currently being upgraded to produce longer heat-treated rails. Production of rails for the Saudi order will begin at the end of the year and is expected to continue throughout 2014.

The rails will have to withstand extreme desert conditions, with violent sand storms, drifting sand, and ambient temperatures ranging from freezing to 50oC.

The line is due to open in late 2014 or early 2015 and is expected to carry around 160,000 passengers per day, with ridership increasing further during the annual Hajj pilgrimage.