THE European Union has agreed to provide a grant towards upgrading the main line from Kalin west of Sivas to the Black Sea city of Samsun even though Turkey is not a member of the EU. 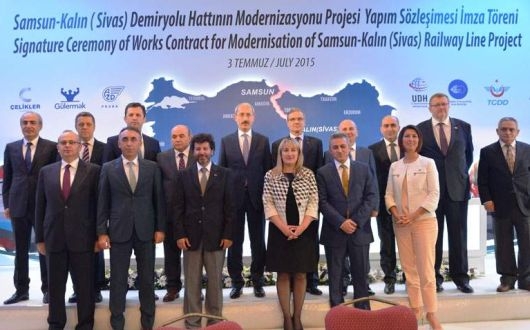 Under the deal, TCDD will provide €39m while the EU will contribute €220m. The 370km line suffers from sharp curves which will be eased to enable line speeds to be increased. This will allow the Sivas – Samsun journey time to be cut from 9 hours today to 5 hours. The capacity of the line will also be increased from 21 to 54 trains per day.

TCDD plans to complete the work in 2018. As a result, it expects passenger traffic to increase from 95 to 168 million passenger-km and freight to grow from 657 to 867 million tonne-km a year.