CRM-Vossloh Track Maintenance, a joint venture between Vossloh Rail Services and CRM, China, has secured a contract with the operator of the Beijing - Shanghai high-speed line to provide its High Speed Grinding (HSG) service. 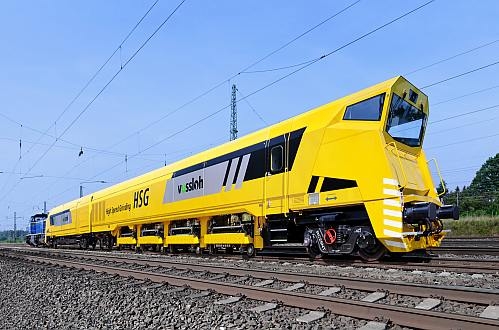 Vossloh says a HSG-2 train specially built for operation in China is now en route and is scheduled to begin operations in the second quarter of this year.

"With the signing of this contract our HSG technology has accessed one of the world's most innovative and biggest rail markets," says Mr Marcel Taubert, management board member at Vossloh Rail Services. "From here, and together with our Chinese partner, we intend to gradually extend our services to cover other sections of the Chinese railway network."

Vossloh says HSG's ability to grind rail at speeds of up to 80km/h, compared with the 5-15km/h of conventional grinding equipment, and operate in between timetabled traffic was particularly attractive to the Chinese operator which wants to minimise disruption on the line which carries the equivalent of 400 million tonnes of traffic per year on some sections. HSG differs from traditional grinding concepts in that it uses specially-shaped grinding stones which are free to rotate and use the high operating speed of the vehicle to generate the kinetic force required to grind rather than re-profile the rail.

The Chinese HSG order is the first outside Europe for Vossloh Rail Services which has already supplied the service to German Rail (DB), Austrian Federal Railways (ÖBB), Swiss Federal Railways (SBB) and Banedanmark .