SAMSUNG C&T Engineering and Construction Mongolia has awarded Vossloh Fastening Systems a contract to supply its MNG 30 fastening system for a new heavy-haul line in Mongolia. 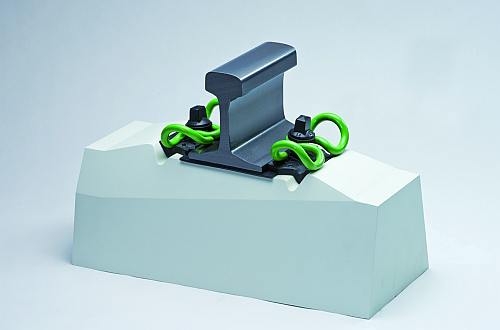 Shipments of the fasteners, which will be manufactured in Werdohl, Germany, is set to commence in a few weeks according to Vossloh and will be completed in the first half of 2015. MNG is a modification of Vossloh's W30HH fasteners which are used with concrete sleepers on ballasted tracks, and will be applied to 270km of track on the 217km line.

Vossloh says MNG 30 is suitable to handle the coal shipments on the line, which will run from mines at Tavan Tolgoi to Gashun Sukhait on the Chinese border. The system has also been adapted to withstand Mongolia's harsh climate and the challenging soil conditions on the line which will run through the Gobi desert.