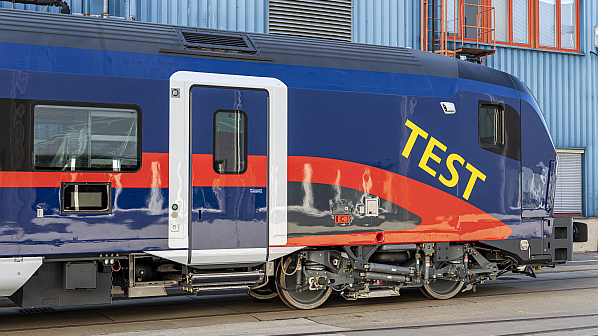 A driving trailer and an intermediate coach have been moved to Vienna’s Franz Josef Main Station for initial tests. Further testing is planned to be carried out at the station including with correct train formations.

The coaches will also be coupled to a locomotive for the first time to enable compatibility tests to be carried out. Test running, due to take place both during the day and night, will begin later in the autumn.

An initial order for 13 seven-car trains was placed in 2018. The coaches are based on the new generation Viaggio Next Level and will all be in traffic by 2025 with the first trains due into service towards the end of next year initially on trains between Austria and Germany to Italy.

When in traffic, each seven-car train will be formed of two conventional coaches, three couchettes and two sleeping cars. The couchette is a new design offering additional mini-suites for single passengers while each standard and deluxe compartment in the sleeping cars have en-suite facilities.

Each train will also have a fully accessible coach with low-floor entrance, barrier-free couchette compartment and accessible toilet.