Rail projects get go-ahead, but government performance on rail criticised. 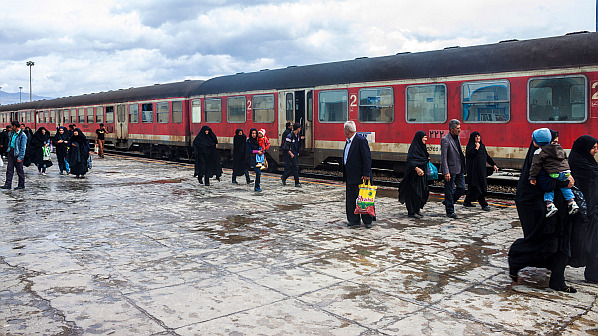 Investment is needed in Iran's rail system to create a better system says the incoming minister for roads and development.
Photo Credit: Shutterstock.

A major emphasis on developing Iran’s transport networks is required to develop a cheap and safe system, according to the in-coming minister for roads and urban development, Mr Rostam Ghasemi.

Ghasemi highlighted the need for a megaproject to overcome the current situation in the country while emphasising the weak performance in the development of Iran’s railways. He also emphasised the importance of developing both domestic and cross-border railway lines.

The head of the Civil Commission of the Islamic Consultative Assembly, Mr Mohammed Reza Rezaei Kochi, also highlighted in a meeting with Ghasemi the slow progress against the Sixth Development Plan. “30% of freight in Keshuz was due to be carried by rail - this figure is less than 10% today and we have done very poorly in rail development,” he says. He added that Iran, in terms of geographical location, can be a transit country for freight from China and India to Europe but said the Ministry had been negligent in terms of creating transit revenue.

Elsewhere, chairman of the Road and Urban Development Coordination of Isfahan Province, Mr Alireza Qari-Quran, stated that developing the railway network is one of the best ways to expand  public transport between cities. He explained there were 167km of approved suburban rail projects and a further 50km being studied.

Meanwhile, CEO of the New Cities Development Company, Mr Habibollah Taherkhani, has confirmed plans to build a suburban line between Tehran and Andisheh that will also serve the cities of Quds and Shahriar. Taherkhani says the roadmap for the start of construction has been prepared and that a consultant has been hired to oversee the work. He said it was the responsibility of the operator to find a construction contractor. No dates for construction to begin or rail operation to commence were given.