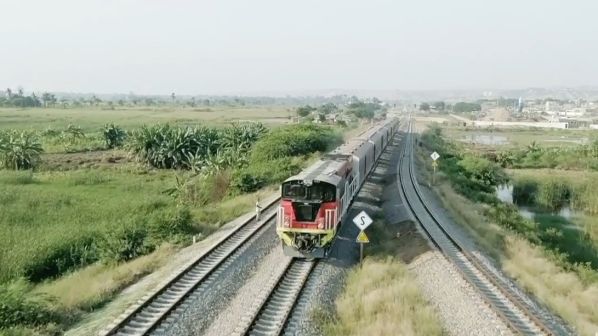 THE Angolan government has selected a consortium of Trafigura, Singapore, Portuguese construction group Mota-Engil and Belgian private operator Vecturis for a 30-year concession to operate and maintain the Lobito corridor.

The Lobito corridor comprises the 1344km 1067mm-gauge Benguela Railway, which runs west-east from the port of Lobito on the Atlantic coast to Luau in Angola, continuing to Ndola in the Democratic Republic of Congo (DRC) with a total length of 1866km.

In addition, the concessionaire will invest $US 256m in infrastructure, $US 73.4m in equipment and rolling stock, and an additional $US 4.3m in various other activities over the duration of the concession.

There is an option to extend the contract by a further 20 years should the concessionaire commit to construct a branch from Luacano to Jimbe, Zambia.

The consortium overcame competition from a Chinese group of CTIC, Sinotrans and China Railway 20 Group to win the tender, which was announced in September 2021. Trafigura and Motal-Engil both hold 49.5% stakes in the consortium with Vecturis holding the remaining 1%. The contract is expected to be signed in mid-September, following the Angolan general election which is scheduled for August 24.

Mr Eric Peiffer, managing director of Vecturis, confirmed the contract award to IRJ and says that negotiations will now commence over the terms of the concession, although these are largely defined in the tender.

The Benguela Railway was substantially rebuilt with the support of a Chinese group between 2007 and 2014 following damage caused during Angola’s 27-year civil war, which ended in 2002. The line predominately carries minerals extracted from the copperbelt region of DRC and Zambia for export from Lobito as well as some passenger services, which will remain the responsibility of state-owned Benguela Railway (CFB).

The government hopes privatising operation and maintenance of the railway will increase use and stimulate further economic development along the corridor, which passes through four regions. In particular, the railway is primed to support development of agricultural and mining industries in Angola and is a key part of the government’s plan to diversify the economy away from an over-reliance on oil. Transport minister, Mr Ricardo Viegas D’Abreu, expects the line to contribute $US 1.6-3.4bn to the country’s GDP.

D'Abreu said in a press release announcing the award that the proven technical capacity and financial strength of the companies that make up the consortium are a guarantee for the correct operation and transport of goods in the Lobito corridor.

The August edition of IRJ will include a detail report on Angola’s plans for the Lobito corridor and its other 1067mm-gauge railways.