AFTER six years of construction, excavation of North Africa’s longest railway tunnel was completed on the morning of October 30, when Algeria’s minister of public works Mr Abdelghani Zalène witnessed the breakthrough on the final section of the Gantas Tunnel. 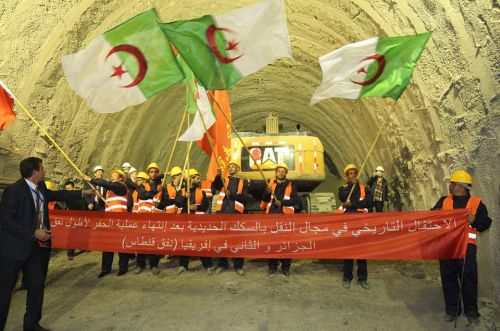 The 7.34km twin-bore tunnel is the centrepiece of the 56km El Affroun - Khemis Miliana line, which will reduce journey times between the capital Algiers and the western city of Oran.

The line is being built by China Civil Engineering Construction Corporation (CCECC) and Turkish partner Ozgun Construction under a contract awarded by the Algerian government in 2009.

The five-station line is designed for 160km/h operation and will be equipped with ETCS Level 2 and 25kV 50Hz electrification.

The line is expected to open at the end of next year.