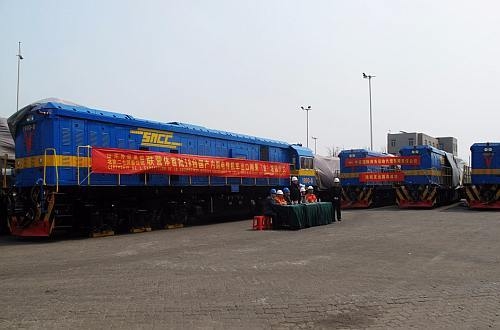 The 1067mm-gauge units were ordered by SNCC in December 2013 as part of DR Congo's Multimodal Transport Project, which was launched in 2010 with the aim of revitalising SNCC's 3641km network. The $US 631m eight-year project is being funded with the aid of a $US 255m loan from the World Bank.