THE president of SNCF, Mr Guillaume Pepy, and the director-general of Moroccan National Railways (ONCF), Mr Mohamed Rabie Khlie, have agreed to set up a joint company to maintain the fleet of TGV Duplex trains being supplied by Alstom for Morocco's first high-speed line. 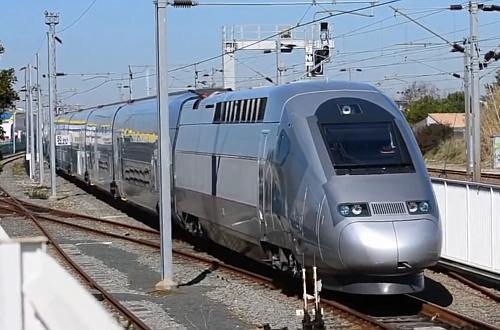 The company will be set up during the first half of this year and will owned 60% by ONCF and 40% by SNCF. The joint venture has been awarded a €175m contract to maintain ONCF's new high-speed train fleet for 15 years.

There is also a 15-year service contract between the joint venture and SNCF worth €90m involving repairs to spare parts, technical assistance, and transport of parts between France and Tangiers. The agreement includes training of ONCF maintenance staff by SNCF which will assign around 20 engineers to work in Morocco.

Alstom is building 14 TGV Duplex trains under a €400m contract signed in December 2010. The first two trains have been completed and are being tested in France, and delivery of the fleet is expected to start in February.

ONCF is constructing a 200km high-speed line from Tangiers to Kenitra where it will join the existing line to Casablanca which is being upgraded. Trains will operate at 320km/h on the high-speed line to achieve a Tangiers – Casablanca journey time of 2h 10min, compared with 4h 45min today.