A GAUTRAIN feeder loop line is being considered to connect the suburbs of Pretoria with the Gautrain line to Johannesburg and OR Tambo International Airport. 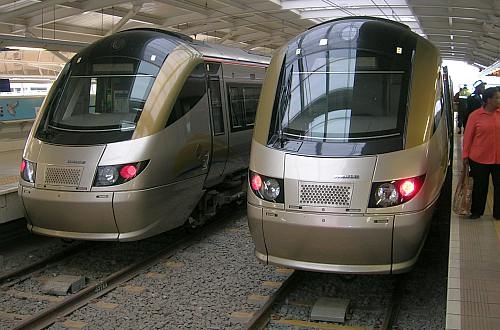 Pretoria's suburbs are home to 400,000 people as well as two universities, 48 government offices, and 30 schools.

According to Gautrain Management Agency CEO Mr Jack van der Merwe, the Tshwane Ring Rail Project would use existing Metrorail lines and would integrate Gautrain with existing public transport networks in the city, allowing it to serve a larger proportion of the population. Van der Merwe says the Gauteng provincial government is likely to make an announcement on new routes or extensions as early as next April.

Other suggestions being put forward include track doubling in the tunnel between Rosebank and Sandton; reducing headways to allow trains to run at three-minute intervals (currently the minimum is nine minutes); acquiring more rolling stock; and expanding bus feeder and distribution routes.

The Pretoria project is being developed in partnership with Passenger Rail Agency of South Africa (Prasa) commuter rail subsidiary Metrorail. Prasa CEO Mr Lucky Montana says a decision will be made within six months on how to proceed with the ring project, and that Metrorail and Gautrain are working closely together on improving integration between the two networks.

However, full consultation with the Tshwane municipality will be required before a decision can be made as it could affect the city's plans for a bus rapid transit network.