THE first locally-assembled Alstom X’Trapolis Mega suburban EMU for Passenger Rail Agency of South Africa (Prasa) left the Gibela plant at Dunnottar in Gauteng on December 7 bound for the operator’s depot at Woolmerton north of Pretoria. 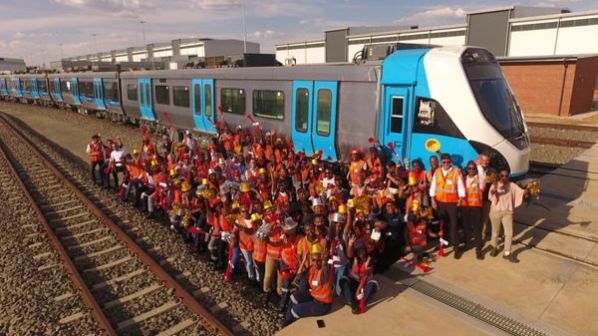 The Rand 928m ($US 75.4m) Gibela plant will assemble 580 six-car X-Trapolis Mega sets for Prasa over the next decade. The first 20 trains were built at Alstom’s factory in Lapa, Brazil.

The 53,000m2 Dunnottar facility was inaugurated in October, although production began in September 2017.

Gibela says around 800 full-time staff are now involved in various phases of the manufacturing process, 229 of whom have received training at Alstom plants in South America, Europe, Asia and Australia. Around 100 local suppliers are providing services and components and Gibela has a contractual obligation to achieve 65% local content in the build.

At the peak of production, around 1500 workers are expected to build 62 trains a year.

According to Gibela, there are currently two trains undergoing testing and commissioning at the site, with 16 cars in the fitting workshop and 23 in the carbody workshop. 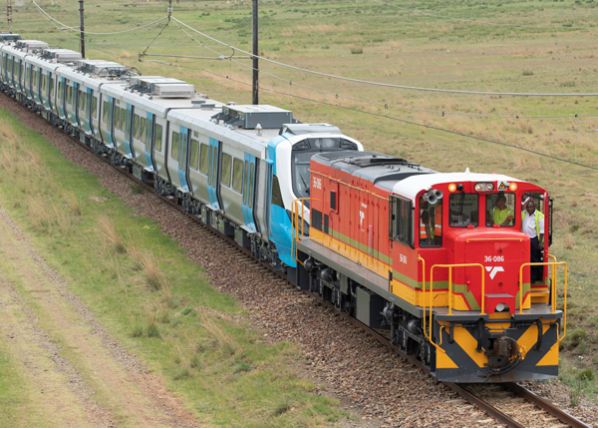