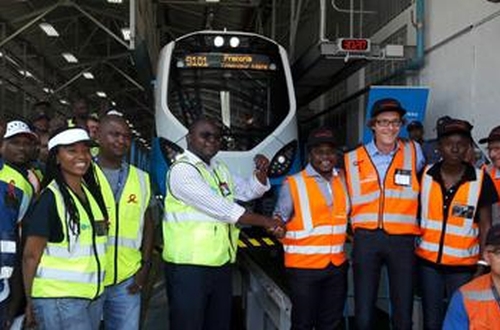 Non-passenger tests with the train between Pienaarspoort and Rissik Street in Hatfield began on Decemer 1 and will run until January 16. Passenger tests will take place from January 17 until February 28, and commercial services are expected to start shortly after.

Gibela’s manufacturing plant at Dunnottar, which will produce 580 trains (3480 coaches), is currently under construction and is expected to be completed by the end of 2017.

The first 20 trains are being produced at Alstom’s factory in Lapa, Brazil, 14 of which have been delivered so far.