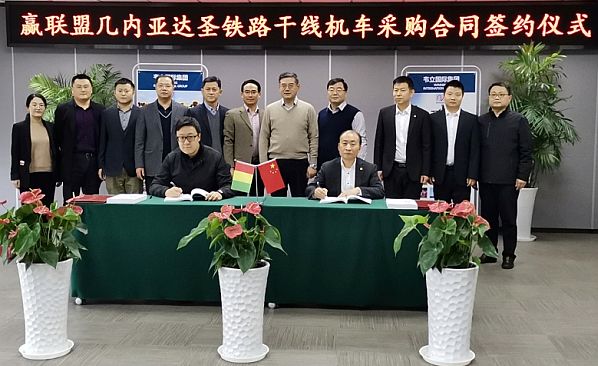 The contract, which was signed by Mr Xu Renhua, deputy general manager of CRRC Qishuyan, and Mr Sun Siyuan from Win Union Guinea Railway, follows the award of a contract on November 14 for two DF8B diesel locomotives.

The locomotives are for operation on the 112km Dasheng Railway in northwestern Guinea and will be delivered in 2020. Construction of the railway started on March 29, and the line is expected to open in June 2021.