A ceremony was held at the Semaf Railway Factory in Helwan, Egypt, on August 1 to mark the completion of the last of 20 nine-car Hyundai Rotem trains for Cairo metro. 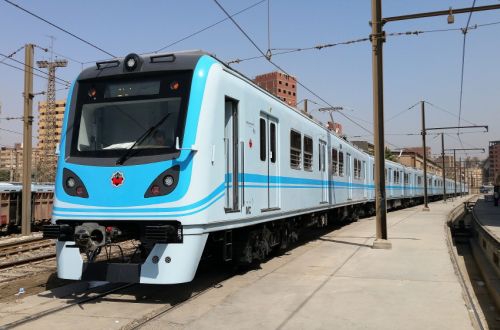 The fleet of 180 air-conditioned vehicles for Line 1 was ordered by Egypt’s National Authority for Tunnels (NAT) in December 2012 in a deal worth around £E 2.2bn ($US 250m), which includes a two-year warranty and eight years’ maintenance.

The first 11 trains were built at Hyundai Rotem’s plant in Changwon, Korea, while the final nine sets were assembled locally by Semaf.

In March NAT announced it had shortlisted Hyundai Rotem and Alstom for a contract to supply new trains for metro Line 3.