THE Kenyan Court of Appeal has found that the Shillings 500bn ($US 4.7bn) construction contract for the country’s Standard Gauge Railway (SGR) was made illegally. 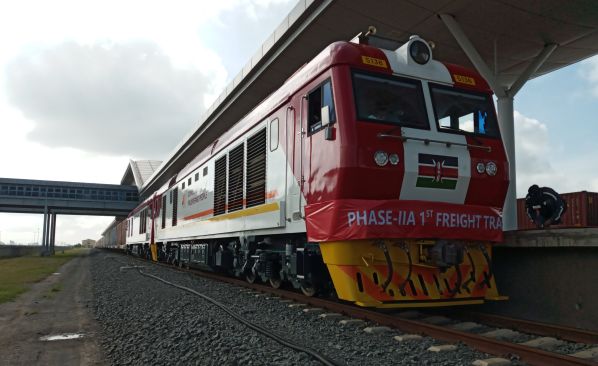 The court found that the contract, agreed between public operator Kenya Railways Corporation (KRC) and the China Bridges and Railway Corporation (CBRC) without a public tender, failed to sufficiently follow the country’s competition and procurement laws.

The verdict overturns a decision to dismiss the case made by then-High Court judge, Justice Isaac Lenaola (now a member of Kenya’s Supreme Court) in November 2014.

The Court of Appeals found that KRC had failed to comply with Article 227 (1) of the Kenyan Constitution, which requires that public entities to acquire goods and services in a manner which is “fair, equitable, transparent, competitive and cost-effective.”

In addition, the judges found that KRC had also contravened the country’s public procurement laws. The court found that KRC had fallen foul of Section 29 of the Public Procurement and Disposal Act, 2005, a law intended to guarantee open tendering by public-operated enterprises such as KR to safeguard fair competition in the bidding process.

The ruling comes too late to hinder CBRC’s work on the SGR route between Mombasa, Nairobi and Naivasha, which is already operational, and cost Shillings 314.2bn to construct. However, the verdict has cast doubt over legitimacy of the debts owed to CBRC’s parent corporation China Communications Construction Company (CCCC) as well as CCCC’s future as the railway’s operator.

The 480km, single-track line was constructed to replace Kenya’s existing narrow-gauge colonial-era railway, which opened in 1901. The railway currently extends roughly 729km between the port of Mombasa, via Nairobi, to Naivasha, and was completed in two sections. The 472.3km Mombasa - Nairobi section opened in May 2017, with the 120km second phase between Nairobi and Naivasha following in October 2019.

An extension of the line to the Ugandan border at Malaba was planned to begin construction in July 2019. However the project was dropped in favour of updating the existing metre-gauge line. Plans to use a Chinese contractor for the project have been scrapped after the company and a private financier quoted in excess of Shillings 50bn to upgrade and connect the line to the SGR. Instead, the government will lead the project and has set the line a budget of Shillings 3.5bn, although this is significantly less than its estimated Shillings 21bn cost for the project.