NIGERIA has delayed the opening of its new $US 1.6bn Lagos - Ibadan standard-gauge line until later this year due to restrictions imposed by the coronavirus pandemic. 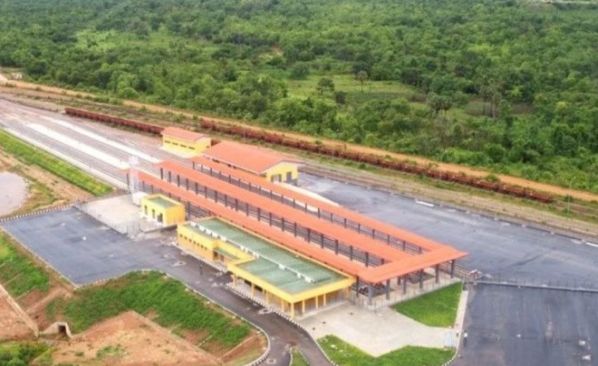 Itakpe station on the line to Warri.

Tracklaying on the 156km line was completed on March 28 and delivery of rolling stock from CRRC Tangshan was completed in May with a view to opening the line at the end of that month.

Covid-19 has also delayed the start of construction of the Ibadan - Kano section, which was originally scheduled to begin in June or July. According to Nigeria’s minister of transport, Mr Chibuike Rotimi Amaechi, China is expected to approve funding of $US 5.3bn by October to allow construction to start. The minister says that president Muhammadu Buhari has directed the release of $US 318m as part of the 15% counterpart funding for the project and that more funds will be released later this year.

Construction of a new line linking the port of Warri with Ajaokuta Steel Mill and Itakpe is nearing completion and is expected to be commissioned after the lockdown eases. The stations along the line are now connected to the mains electricity supply. The line was initially meant to serve the steel producing industry but was upgraded to become a multi-purpose railway carrying passengers and freight.

Amaechi says he plans to seek approval from the cabinet before the end of July for a new line from Bonny via Port Harcourt to Maiduguri together with a deep-sea port at Bonny and an industrial park at Port Harcourt.