A new chapter began for Benin's railways on October 14 when private concessionaire Bénirail took over operation of the 438km metre-gauge network of the former Benin-Niger Railway Transport Organisation (OCBN). 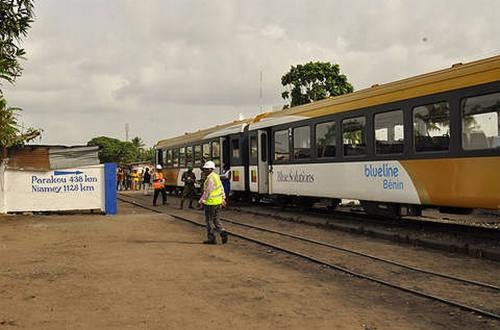 Bénirail will be responsible for extending the railway to Niamey in Niger.

Under the 30-year concession agreement between the governments of Benin and Niger and France's Bolloré Group, which was signed in August, Bénirail will operate and upgrade the existing Cotonou – Parakou line and construct a 574km extension to the Nigerien capital Niamey. Ultimately it is planned to link the line to the proposed West Africa Railway, which will connect Niamey with Ouagadogou in Burkina Faso and Abdijan in Ivory Coast.

Bolloré Group owns 40% of Bénirail, while the governments of Benin and Niger each hold a 10% stake in the company. The remaining 40% of shares are held by private investors in Benin and Niger.

Passenger services ceased in December 2005 and OCBN's residual freight business has been struggling for many years. Last month Bolloré paid 19 months of wage arrears to 629 staff as well as pension contributions to hundreds of retired staff.

Bénirail will have initial capital of CFA 70bn ($US 122m) and Bolloré estimates the holdings are worth CFA 22bn.