THE Council of Municipalities of the Agglomeration of Rabat (El Assima) granted approval on January 12 for a Dirhams 1.72bn ($US 171m) project to expand the light rail network in the Moroccan capital. 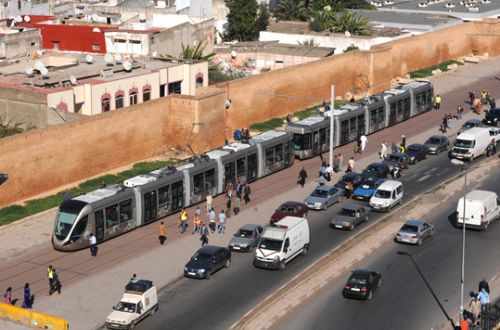 The project, which is the first expansion of the Rabat-Salé Tramway since it opened in 2011, involves extending Line T2 at both ends of the route, adding 7km to the network.

In Rabat, a 2.4km extension will continue the line south from Moulay Youssef Hospital in Akkari to Al Kifah Avenue in Yaâcoub Al Mansour.

In Salé, Line T2 will be extended 4.6km from the current terminus at Hassan II to Zarbia Avenue and the new provincial hospital in the district of Al Hssaine.

The Moroccan government will contribute Dirhams 592m towards the project through the Fund for Urban Road Transport Reform.