THE Gautrain was billed as one of the most reliable modes of public transport in South Africa's Gauteng province when it began operating services in June 2010. However, the service is falling well short of its projected daily ridership figures of 100,000 passenger journeys per day. 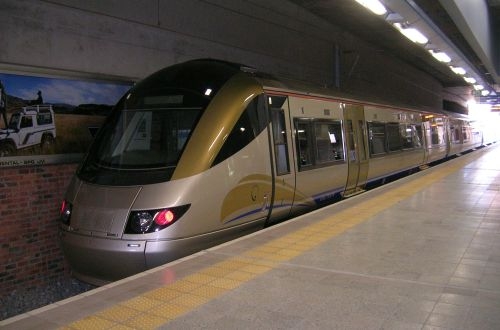 On average Gautrain is recording 45,000 - 47,000 passenger journeys every weekday on its train service and a further 18,000 - 20,000 passenger trips on its buses. Despite this, Gautrain spokesperson Ms Barbara Jensen says it's "too early to give any accurate estimates of ridership or the patronage guarantee."

"The system is in very early stages of operation and is in what is known as the 'ramp-up' period," she says.

Jensen said the Gautrain Management Company, under the leadership of CEO Jack van der Merwe, was presently "exploring options" to expand the project by adding stations at Samrand in Midrand and Modderfontein, east of Johannesburg. Gautrain initially offered services on a 17km route between OR Tambo International Airport and Sandton in June 2010, and expanded with the opening of a 63km link between Johannesburg and Pretoria in August 2011,

Since its inception, the Gautrain system has suffered from vandalism, particularly cable theft, while the opening of the tunnelled Rosebank-Park station section was delayed due to water seepage problems.