TRANSNET, South Africa, announced on March 2 that it has concluded financing for a Rand 50bn ($US 4.3bn) investment in 1064 new locomotives for its Transnet Freight Rail subsidiary, which were ordered from four manufacturers last March. 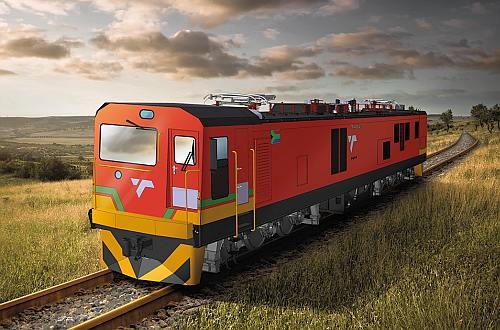 CSR Zhuzhou Electric Locomotive, China, and Bombardier will supply a total of 599 electric locomotives, while GE and CNR will deliver 465 diesel locomotives. All but 70 units will be assembled in South Africa.

On March 2 Transnet signed two funding agreements to cover the Bombardier and GE locomotives. The US Exim Bank has provided a Rand 6bn 14-year funding guarantee for the 233 ES40Aci Evolution Series diesel locomotives being supplied by GE, with funds being raised from three institutions:

GE has completed technical design and the first locomotive will be rolled out in July. The locomotives will be assembled at Transnet Engineering's Koedoespoort workshops near Pretoria.

CSR Zhuzhou Electric Locomotive has also completed technical design and production of the first locomotives is underway in China with rollout scheduled for the end of this month. Local assembly will be carried out at Transnet Engineering's Durban facility.

Technical design is complete on the six-axle dual-voltage (3kV dc and 25kV ac) Bombardier Traxx Africa, and these locomotives will also be assembled at Durban.

Finally, CNR has completed 90% of the technical design on its six-axle single cab diesel locomotive. Local assembly of these units will be carried out in Durban.

The locomotives are a key component of Transnet's Rand 300bn Market Demand Strategy (MDS), more than two thirds of which is funded from the company's revenues with the remainder coming from domestic and international capital markets. Capital expenditure has exceeded Rand 90bn since the launch of the MDS in 2012.