Is Europe finally falling in love with ERTMS?

Whisper it quietly, but Europe may just have turned a corner on deploying ERTMS. Matthias Ruete, Europe’s ERTMS coordinator at DG Move, explains the current state of play to Kevin Smith. 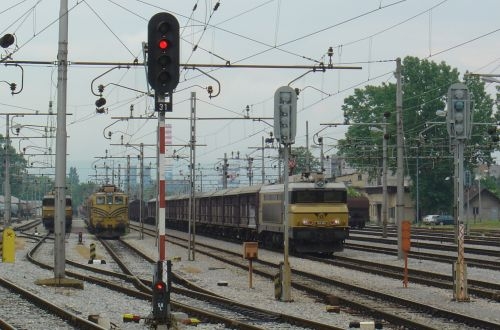 After 20 years, the tide seems to be finally turning in ERTMS' favour.

EUROPE’s ERTMS coordinator is tasked with aligning thinking on ERTMS deployment, working as an intermediary between the EU member state railways, the industry and politicians, and acting as a think tank for the European Commission (EC). The current incumbent, Mr Matthias Ruete, who took on the role in 2019, describes himself as a “sheep dog,” running around the herd, making sure everyone is heading in the right direction and biting ankles if anyone breaks out.

When it comes to installing ETCS, the signalling component of ERTMS, Europe’s flock has traditionally been unruly, choosing to go their own way rather than follow the EC, which is shepherding the process via DG Move. Ruete says that just a few years ago, officials from German Rail (DB) were openly dismissive of the need to install ETCS, insisting that their legacy system was more than adequate.

But more than 20 years since it was adopted as the European standard, the tide appears to be finally turning in ERTMS’ favour.

Ruete refers to a McKinsey study for the German Federal Ministry of Transport and Digital Infrastructure (BMVI) published in September 2018. The study concluded that with existing signal and interlocking technology no longer meeting increasing demand for economic efficiency, performance and reliability, a nationwide rollout of ETCS and associated digital interlockings “appears to make economic sense.”

This mirrors the experience in Denmark, which followed Switzerland and Luxembourg in commiting to a full rollout of ERTMS and to replace analogue relays with digital interlockings. Belgium, Norway and Luxembourg soon followed, and they have been joined more recently by the Netherlands, Italy, the Czech Republic and Sweden. Even Germany now expects to complete its rollout by 2040.

“When I took on the role of ERTMS coordinator, we were still thinking very much about interoperable corridors,” Ruete says. “Now I see a lot of member states moving away from this corridor thinking to thinking about systems and replacing their Class B systems with ERTMS. I think we have had a total change in mindset in terms of ERTMS. There are a lot of member states moving towards ERTMS as the single system with quite ambitious deadlines.”

“Overall, we are pretty confident for the whole TEN-T network. There is only around 20,000km missing, which is why I think we were quite influential in convincing people that 2040 was the deadline to go for.”

If Ruete is the sheepdog, and the EC the shepherd, the whistle guiding the sheep is the TEN-T regulation. Under the current regulation, ERTMS should be deployed on the 62,800km core network by 2030 and 51,000km of the comprehensive network by 2050. The commission’s proposal for revising the TEN-T regulation published in December 2021 and expected to be approved in 2023, is still targeting 2030 for a rollout on the core network but now expects an advanced rollout on the extended core and comprehensive network by 2040 at which point all Class B systems will be decommissioned. The target for the rollout of radio based ERTMS is 2050.

As of September 2021, trackside ETCS was deployed on 43% or 6737km of the core network corridors planned in the Early Deployment Plan by 2023. Construction was underway on another 6924km (44%) while a further 778km was covered by framework contracts. There were no plans for deployment of ETCS on 1265km, or 8% of the total. By 2030 57,170km of the core network corridors will be equipped, with ETCS now active on 14% of these lines and 25% covered by framework contracts.

There is a lot of work to do. However, research by his team has given Ruete cause for optimism.

“We have looked at all the policy statements and concrete planning for framework conditions, the budgets of all member states and we can see that there it is actually more like 80,000km planned while around 8000km are new lines that will be built,” he says. “Overall, we are pretty confident for the whole TEN-T network. There is only around 20,000km missing, which is why I think we were quite influential in convincing people that 2040 was the deadline to go for.”

The cost for the complete trackside rollout, including digitising interlockings - estimated at a staggering €100-110bn - could prove prohibitive in some countries. France for example likes ETCS to boost capacity but worries about whether the finance is available.

However, these costs are not as exorbitant given the timeline for implementation. Renewal of legacy systems would also cost more in the long term. There is also EU money available to assist with rollouts. The Connecting Europe Facility, which is set to be renewed for a third time in 2027, Horizon Europe, and European Regional Development (ERDF) are all available. Italy has allocated a lot of its funding from the EU’s Covid Recovery and Resilience Funding to ERTMS deployment. Private finance could also conceivably support rollouts.

While he is encouraged by trackside rollouts, Ruete’s “big worry” is vehicle deployment. Just 7200 vehicles were equipped with ETCS in 2020 while only 46% of new fleets that entered operation between 2015 and 2019 were equipped. Retrofitting has also been slow.

Ruete says including contracts already let for retrofitting and new vehicles, the number rises to 14,900. But with up to 35,000 required by 2030, there remains a big gap. “Will there be enough capacity both in the workshops and for the components?” Ruete asks.

Ruete is though hopeful that the cost will come down. He says moving to just a single signalling system will eliminate the need to install other systems. Adopting software-based systems, which Ruete favours, will similarly reduce the number of physical components. There is also the opportunity to become modular, so future upgrades won’t require fleet owners to start all over again.

As well as targets, the TEN-T revision outlines a new governance structure for ERTMS deployment. This includes the appointment of corridor and national coordinators for ERTMS and reinforcing the role of the European Union Agency for Railways (ERA) as the systems authority and Europe’s Rail’s Systems Pillar for encouraging the uptake of new technology.

Ruete says he will continue to work to align thinking and is set to issue a new work plan for his role in May. He is likely to cover its key points at this month’s ERTMS Conference hosted by ERA “and hopefully ring an alarm bell” for what needs to happen next. Certainly, it will be a good opportunity to reflect on recent progress, and with “the wind in its sails,” for the sector push for delivery in the years ahead.