THE British railway industry is facing a severe skills shortage over the next five to 10 years, new research from City & Guilds and the National Skills Academy for Rail (NSAR) has found. 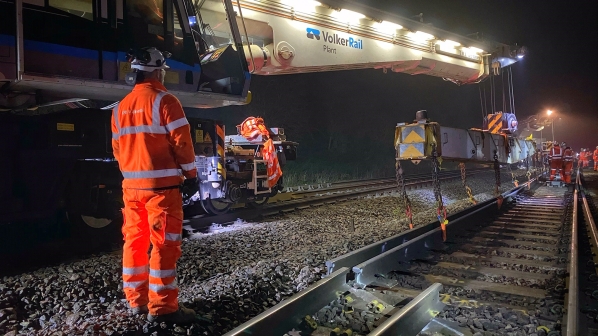 The Back on Track report, which includes findings from research undertaken by YouGov and data from NSAR on workers in the rail industry, found that serious systemic issues in the industry’s talent and skills pipeline have created a shortage of trained and talented employees.

While the industry has made progress in addressing the issues, which include a short-term approach to skills development, an ageing workforce and a reliance on overseas and ‘third-tier’ workers, the researchers say greater industry collaboration is needed to fix them in time to meet this additional demand.

The study found that the rail sector is set to lose huge numbers of skilled workers over the next few years.

With 28% of workers in the industry aged over 50, around 15,000 workers could be due to retire by 2025. Brexit is set to exacerbate this issue, by potentially reducing access to overseas workers. The proportion of workers in the rail sector from the European Union dropped from 17% to 15% between 2016 and 2018, with this trend expected to continue.

This talent and skills shortfall coincides with the launch of new rail projects that will increase the demand for skills. As a result, between 7000 and 12,000 additional people will be required every year over the next five to 10 years, with up to 120,000 people in total.

Modelling shows that demand is likely to peak in 2025, indicating that staff will need to be recruited now to equip them with the relevant skills and experience to meet future demand.

However, the report found a lack of upskilling opportunities and perceived reputational problems mean that the industry is continuing to struggle to attract and train candidates, with just 32% of respondents saying they would consider a career in rail.

This is particularly acute amongst women, young adults and people from Black, Asian and Minority Ethnic (BAME) backgrounds:

City & Guilds and NSAR have called on the rail sector and government to collaborate and take a joined-up approach to urgently gear up the industry’s skills and talent pipelines. The report makes seven recommendations:

For more information on training, education and recruitment in the rail industry around the world, see the December issue of IRJ.