ALSTOM says it booked €3.2bn of orders between April 1 and September 30 in its half year financial results released on November 14 while sales grew by 5% to €3.8bn, a result which chairman and CEO Mr Henri Poupart-Lafarge says is a significant step towards the company’s objectives for 2020. 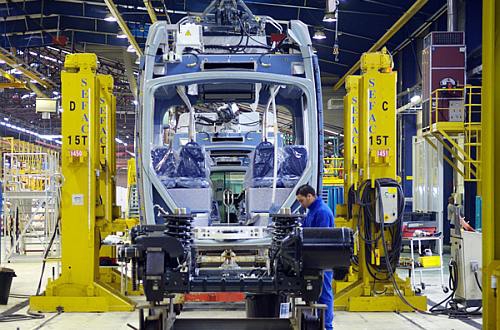 “These six first months were marked by the good execution of our various projects as shown by solid operational results in line with our 2020 objectives,” Poupart-Lafarge says. “Systems sales have strongly increased, supported by the progress of Dubai and Riyadh metros projects. The construction of factories in South Africa and India continues. Our innovation capacity is highlighted by the first commercial success for the Coradia iLint, the world’s first hydrogen train.”

Alstom announced a future tie-up with Siemens at the end of September, and Poupart-Lafarge says work is progressing on the deal. “At this stage discussions with employee representatives are ongoing and the deal implementation teams are operational,” he says.

Alstom’s first half sales result compares with €6.212bn reported in the same period in 2016 when the company secured several high-profile contracts, including the supply of high-speed trains for Amtrak in the United States, and the extension of Dubai’s Red Line in the UAE. The company had an order backlog of €32.7bn on September 30.

Signalling, systems, and services accounted for 57% of total sales in the first half, which is in line with the 2020 objective of 60%. Rolling stock sales remained steady at €1.6bn. Alstom also committed €101m, or 2.7% of sales, towards research and development in the first half.