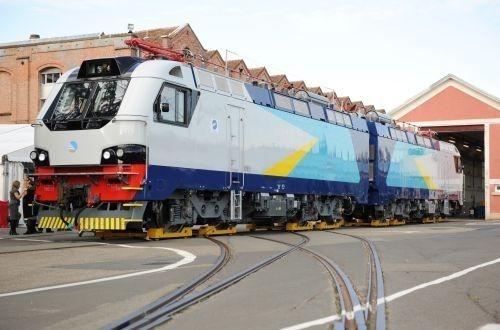 Orders booked during 2015-16 increased by 6% to €10.6bn while Alstom's order backlog rose 7% to €30.36bn, of which around one-third was services. Sales were driven by a €3.2bn contract for 800 double-unit Prima electric locomotives and maintenance from Indian Railways.

"2015-16 is the second record commercial year in a row for Alstom," Mr Henri Poupart-Lafarge, Alstom's chairman and CEO, says. "Sales growth exceeded expectations with above 5% average organic growth over the past four years."

Alstom concluded the deal with General Electric (GE) in November 2015 for the sale of its energy business to GE and the acquisition of GE's signalling business.

Alstom made a net a net loss of €1bn in 2015-16, due to a €398m non-recurring impairment loss on assets, €138m of restructuring and rationalisation costs, and around €567m of non-recurring costs. However, this was offset by a tax-free capital gain on its energy business and a net profit from discontinued operations of €4bn, resulting in a net profit of €3bn in 2015-16, compared with a loss of €719m in the previous financial year.

The net impact of the sale of the energy business to GE, partly offset by the public share buy-back offer and by negative free cash flow, enabled Alstom to dramatically reduce its financial debt which stood at €203m on March 31 compared with €3.14bn on March 31 2015.