Aurizon cleared to acquire One Rail 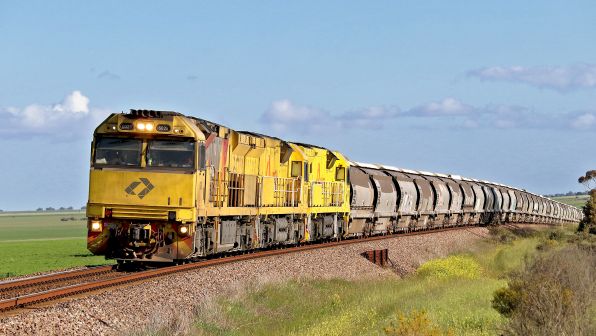 THE Australian Competition and Consumer Commission (ACCC) has said it will not oppose the acquisition of One Rail Australia (ORA) by Queensland-based freight operator Aurizon. A legally-enforceable undertaking made by Aurizon will see One Rail’s East Coast business divested through outright sale, or by demerger as a separate entity listed on the Australian Stock Exchange.

Aurizon agreed in October 2021 to purchase ORA for $A 2.35bn ($US 1.69bn) from Macquarie Asset Management and Dutch pension fund PGGM.

The ORA business comprises bulk haulage and general freight assets in South Australia and the Northern Territory, including the 2200km Tarcoola - Darwin line, which Aurizon will integrate into its existing Bulk business, plus the coal haulage business in New South Wales (NSW) and Queensland.

“Without the divestment of ORA’s East Coast business, the ACCC considered that the acquisition would reduce the number of competitors in the supply of coal haulage in NSW and Queensland from three to two, likely resulting in higher prices or decreased service levels,” says ACCC chair, Ms Gina Cass-Gottlieb.

Aurizon is the largest supplier of coal haulage in Queensland, and the second largest in NSW, while ORA is a well-established third supplier in NSW and has recently emerged as a third competitor in Queensland.

Aurizon has welcomed the ACCC’s approval of the deal, and expects to complete the transaction by the end of July.

“The One Rail acquisition will be transformative for Aurizon, as we grow the business into new geographies and future-facing markets,” says Aurizon managing director and CEO, Mr Andrew Harding.

“The business includes bulk haulage operations, facilities and a 400-strong workforce to serve existing customers and growth opportunities in base metals, agriculture, iron ore and for new-economy metals such as manganese and copper.”