AUSTRALIAN rail freight operator Aurizon has undertaken a review of the value of its assets as of December 31 2016, with the Aurizon Board deciding to recognise impairments and significant items of $A 321m ($US 243.3m), pre-tax and subject to audit, as part of its first half 2016-17 accounts. 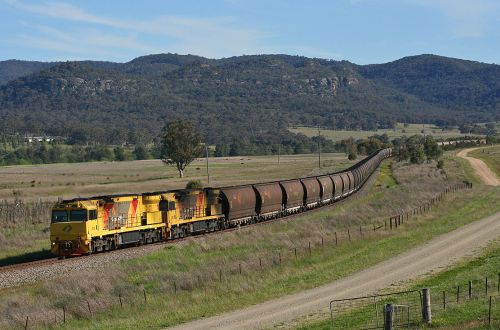 A total of $A 162 million is attributed to the company’s intermodal business due to subdued trading performance during the first half of 2016. Following the impairment, the residual value of the assets of the intermodal business is $A 177m. Customer volumes have improved to date in 2016-17, with the start of a new contract with freight forwarder K&S but operational requirements have impacted overall profitability.

A Freight Management Transformation (FMT) project was launched in 2014 to standardise 18 separate legacy systems for logistics planning, scheduling, ordering and billing on a single platform. Following a review, it has been decided to terminate this project with a resulting impairment of $A 64m.

A recent decision by Glencore not to renew a contact to haul mine traffic between Mount Isa and Townsville in Queensland, sees an impairment of $A 10m including rolling stock, plant and equipment.

Redundancy and restructuring costs as part of the ongoing transformation programme are expected to be at least $A 100 million in 2016-17. In the first half of the financial year 494 employees were made redundant at a cost of $A 64m.

“A key focus is getting the company’s core business right and continuing momentum with the transformation programme,” says Aurizon managing director, Mr Andrew Harding. “The FMT project was not delivering value for the business, was at high risk of over-spend and delays.

“We have determined that interim leadership and structural change for the intermodal business are required and have moved the commercial and operational activities under a single vice-president, reporting directly to me.”

Further details will be released on February 13 as part of Aurizon’s half-year financial reports.