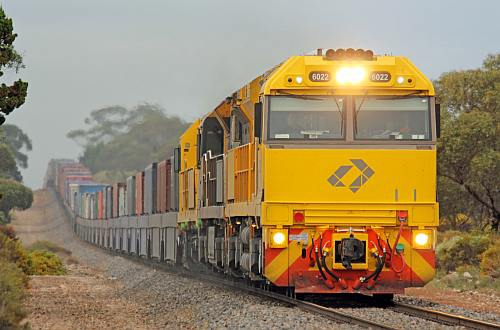 Statutory net profit after tax was down by 88% to $A 72m ($US 55.7m), largely reflecting the impact of the impairments, including $A 226m relating to the failed investment in Aquila Resources, $A 177m on rolling stock, and $A 125m on strategic projects.

Revenue declined by 9% ($A 322m), to $A 3.5bn. Freight revenue was impacted by a 9% reduction in volumes along with a $A 70m reduction in payments from the Transport Services Contract (for provision of services to the Queensland Government).

“It was a challenging year for the company and our customers, with volumes and revenue under pressure in our above rail businesses, particularly in freight,” says Aurizon managing director & CEO Mr Lance Hockridge. “However we’ve seen a stabilisation in coal volumes in the second half, with relatively resilient earnings for the year.”

In 2016-17 the company expects an increase in underlying Ebit to between $A 900m - $A 950m, underpinned by delivery of ongoing transformation benefits and anticipated stable volumes.

Aurizon’s largest market segment, coal haulage, decreased 2% by volume to 206.8 million tonnes for 2015-16, although in the second half of the financial year volumes were comparable to the same period in 2014-15.

The company says it will undertake a performance review of its intermodal and diversified bulk freight businesses due to difficult market conditions.