IN an effort to spur interest from the supply sector, Norwegian infrastructure manager Bane Nor has revealed further details of the investment priorities for the NKr 120bn ($US 15.08bn) it is set to receive from the government’s National Transportation Plan between 2018 and 2023. 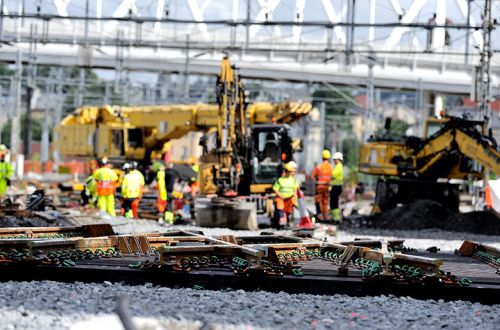 The investment will cover new major projects as well as renewal and improvements to existing infrastructure and digitalisation schemes. Bane Nor presented its plans at the Bane Nor Railway Tender conference held last week in Oslo.

Among the highlights is upgrades to the Oslo inter-city network in southeastern Norway, including track-doubling on 270km which will increase line speeds to 250km/h. The plan is to complete the NKr 150bn network by 2036.

Work is also set to proceed on the NKr 32bn Ringerike Line and E16 highway projects to develop and improve commuter transport around Oslo. These schemes envisage the construction of railways, highways, bridges and tunnels, including the longest railway tunnel in Northern Europe. Work on the main contract is scheduled to start in 2021-22, with pre-qualification in 2019-2020. The complete project is expected to be completed in 2028-29.

Bane Nor is set to invest NKr 20bn in digitalisation and automation of its rail network and systems over the next 10 years. For example, Bane Nor’s Digitalisation and Technology Division signed contracts worth NKr 7.5bn with Alstom and Siemens for delivery of ERTMS Level 2 Baseline 3 in March. Thales is similarly delivering a new national Traffic Management System.

“There’s been extraordinary growth in infrastructure development in Scandinavia in recent years,” says Ms Helga Nes, executive vice-president, Bane NOR Infrastructure Construction Division. “The new projects and enhancements demonstrate Norway’s continued commitment to building the railway of the future. To realise our plans, we are reliant on national and international suppliers, and a strong focus on cost efficiencies and technology and innovation. Simplification and standardisation of processes, and new contract and collaboration models will also be key to realising our plans.”

Following the conference, Bane NOR will be holding a series of dialogue sessions with industry suppliers interested in participating in the upcoming infrastructure construction projects.