THE finances of Austrian Federal Railways (ÖBB) continued to improve last year according to the railway's newly-published annual results, which show a continuation of the turnaround achieved in 2012. 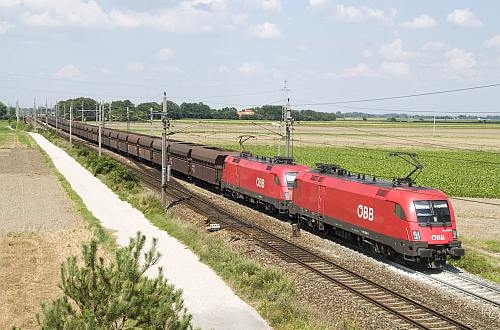 However, this increase seems to have been absorbed by new entrant Westbahn which stepped up its Vienna – Salzburg open-access service last year, increasing train-km by 20%. ÖBB admitted that their Vienna – Salzburg IC trains suffered from a significant decrease in passengers whilst Railjet usage increased slightly. Nevertheless, total revenue rose from €1.87m to €1.93m whilst EBIT dropped from €75.9m to €74.9m.

ÖBB announced that the consolidation process has now been concluded and that a period of growth is expected. However, Rail Cargo Austria anticipates increasing competition and hopes to keep its Austrian market share stable whilst increasing revenue by focussing on international services between Germany and the Balkans.