BRAZILIAN president, Mr Jair Bolsonaro, has vetoed a bill approved by the national congress that would have provided Reais 4bn ($US 794.6m) in relief for public transport operators, saying the bill was unconstitutional and contradictory to the public interest. 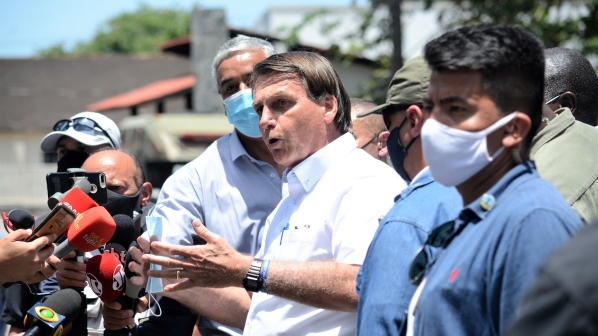 The funding would have been provided to the states (30%) and municipalities with more than 200,000 residents (70%) and released to operators in stages to allow public to continue to support operators and services to continue during the Covid-19 pandemic.

The veto can be overturned by the congress and senate, Estadão reports.

The government argued that the measure sets the level of expenditure without providing an estimate of its budgetary and financial impact. The government says the proposal also runs longer than the public health emergency, which is set to end in Brazil on December 31.

Under the proposal approved by the congress and senate, operators would have to meet a number of requirements to qualify for the support, including undergoing a revision of the collective public passenger service contracts by December 31 2021 and committing to reducing emissions.

The funding would have come from the Monetary Reserve Fund (FRM), which was worth an estimated Reais 8.6bn, but was terminated by an interim measure sanctioned by Bolsonaro in June.

Operators that received the funding would not be allowed to raise their fares during the public health emergency.

The Brazilian National Association of Passenger Rail Operators (ANPTrilhos) said it was “indignant” at the announcement, which it said would affect the millions of Brazilians who rely on public transport.

ANPTrilhos reported in November that metro, urban and light rail operators across the country are expecting a total loss of Reais 7.4bn by the end of the year, with passenger numbers dropping 30% compared with 2019.

ANPTrilhos says that with the crisis continuing and no end in sight, the sector would not be able to withstand the serious impacts on its finances.

The association also pointed to other sectors such as civil aviation and power, which were quickly provided with a rescue package. “But the mobility sector, which ensures the transport of citizens in cities, including those working on the front line to fight the coronavirus, has been relegated by the authorities,” it says.