BRITAIN's Office of Rail Regulation (ORR) has concluded its review of Network Rail's (NR) five-year plan covering the period 2014-2019 and says it will receive more than £21bn to run the national network and will be allowed to invest £12bn. 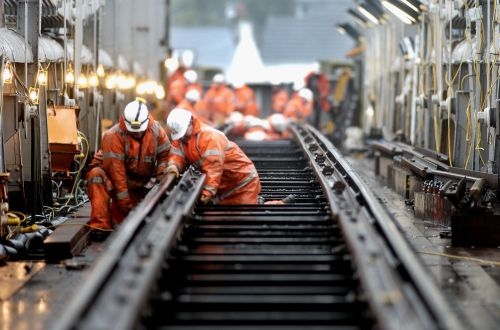 NR was expected to reduce costs by 40% between 2004 and 2014, and ORR says NR must cut costs by a further 20% to save £1.7bn to bring Britain's rail network into line with the most efficient in Europe. ORR believes the savings can be achieved by implementing new technology, better management, and adopting more efficient working methods. However, ORR has protected NR's fund to maintain the network at nearly £5bn.

The £12bn worth of enhancements to the network include projects worth in excess £7bn for which NR has yet to finalise the plans and costs. ORR has told NR that funding for these schemes will not be approved until NR has completed its plans and costings and it has been given until March 2015 to do so.

The budget for upgrading or closing level crossings has been increased by £32m to £109m and ORR has approved an extra £571m to upgrade bridges and tunnels. Around £250m will be spent on improving track worker safety.

"Network Rail has made great strides in improving safety, performance and efficiency on Britain's railways," says ORR's chief executive Mr Richard Price. "Supported by significant levels of funding from governments, working more closely with the rest of the industry, and learning important lessons from the past, the company is capable of delivering more for customers and taxpayers."

NR has until February 7 to respond to ORR's determination and either accept or reject it. "The determination has to be right to help the company, and the railway as a whole, succeed and deliver what's needed by passengers, freight users and the taxpayer," says NR's CEO Sir David Higgins. "We must now look at the individual targets within the determination, as well as the package as a whole."