Decision follows an investigation which identifies over £25m of taxpayer money was not declared by SE. 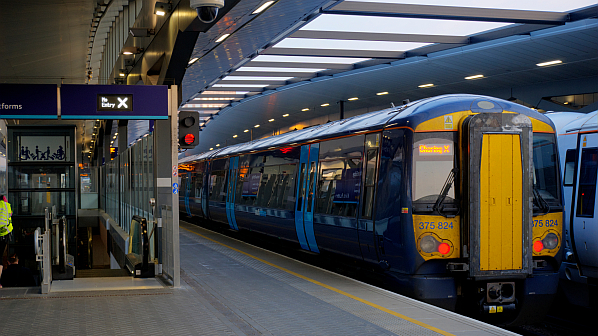 THE British government will take control of a third English rail operator from October 17 after confirming it has seized the London & South East Railway (Southeastern) operator from Govia, which is 65% held by Go-Ahead Group and 35% by Keolis.

Mr Grant Shapps, secretary of state for transport, announced the decision to introduce the Operator of Last Resort on September 28, saying it followed an investigation which identified evidence of Govia not declaring more than £25m of taxpayer’s money since 2014. Shapps said this amounted to a significant breach of the franchise agreement, undermining trust. The current contract was due to expire on October 16, and although there was an option to extend that to March 31 2022, no agreement had been reached on the terms of an extension.

The LSE was one of two franchises, along with Great Western Railway (GWR), that were extended using Direct Awards in March 2020. These ran concurrently with the government’s Emergency Measure Agreements (EMAs) announced that month as a way of protecting operators against problems created by Covid-19.

“The decision to take control of services makes unequivocally clear that we will not accept anything less from the private sector than a total commitment to their passengers and absolute transparency with taxpayer support,” Shapps says.

To date, £25m has been reclaimed, and Govia is conducting further investigations into all related historic contract issues with LSER. Following these investigations, the British government will consider further options for enforcement action including statutory financial penalties under the Railways Act 1993.

“While the Group is naturally disappointed by this, the decision relates only to Southeastern,” the Go-Ahead Group said in a statement on September 28. “Our other rail business, Govia Thameslink Railway, is not affected.

“This decision is a consequence of ongoing discussions with the DfT regarding the historical calculation by London and Southeastern Railway Limited of the profit share over a number of years and related additional matters, as disclosed in our announcement on August 27 2021.

“LSER's shareholders commissioned an independent review into this matter on August 11 led by their respective chairs. Although the independent review is ongoing and the contracts concerned are highly complex, the group acknowledges that errors have been made in relation to the franchise. The group has repaid the £25m referred to in the DfT’s statement of this morning and will provide a detailed update on further liabilities in its full-year results.”

“We recognise that mistakes have been made and we sincerely apologise to the DfT,” says Go-Ahead Group chair, Ms Claire Hollingsworth. “We are working constructively with the DfT towards the settlement of this matter.”

Fares, ticket-types and services will remain unchanged, says the Department for Transport, and there will be no impact on frontline jobs.

Southeastern joins London North Eastern Railway (LNER) and Northern in being managed by government. The SE operations include metro, suburban and longer-distances trains from London Charing Cross and Cannon Street stations to Kent as well as domestic high-speed trains on HS1 from St Pancras International.

The announcement was made the day Southeastern introduced the first of its Siemens Mobility class 707 Desiro City five-car EMUs cascaded from South Western Railway.

Govia has operated Southeastern since April 1 2006. At that point the franchise had been let for six years, which was later extended to eight. Further extensions were then made following a DfT review into franchising following the cancellation of the Intercity West Coast franchise process in 2012.