The new approach is intended to reduce infrastructure project costs and timescales. 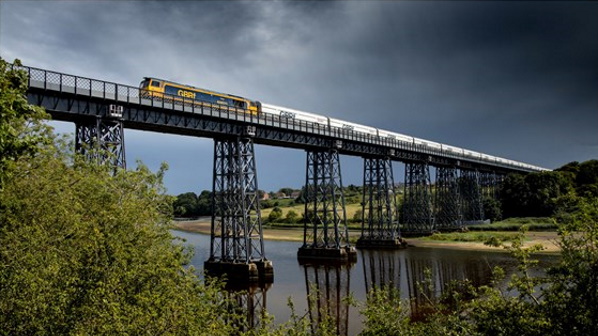 The new approach has been trialed on the Northumberland Line reopening project.
Photo Credit: Department for Transport

BRITAIN’s rail minister, Mr Chris Heaton-Harris has unveiled a new approach which he says could potentially halve construction times and significantly reduce costs for delivering rail infrastructure projects, at a conference hosted by the Rail Industry Association (RIA) on February 26.

The initiative reviewed a range of case study infrastructure projects at different stages of development to identify how work speeds could be increased and government funding could go further.

It identified 10 ‘key themes’ which could be addressed to lower costs and speed up project delivery, which include rapidly increasing the use of innovative construction methods and removing complexities from planning processes.

The principles were then trialled on the scheme to reintroduce passenger services on the Ashington - Newcastle Northumberland Line, which were withdrawn in 1964, with DfT and NR working in collaboration with Northumberland County Council and engineering firm Aecom to identify opportunities to reduce the project’s timescale.

DfT says that the results of the trial could potentially take months off the schedule and save millions in cost. The approach was also trialed on the Okehampton line reopening project. The approach will be expanded to a range of other projects NR and DfT projects from March onward.

Rail SPEED is broadening this to include a range of other projects by the end of March but this approach will now be embedded by Network Rail and DfT as business-as-usual across all projects. All projects will be assessed from a SPEED mindset. SPEED is about delivering value for the taxpayer and the passenger.

At the conference, Heaton-Harris also called on the supply chain to come up with creative ideas to reduce the cost of delivering infrastructure projects, with the best ideas set to be recognised in future industry awards.

“We are now depending on transport to kickstart our economic recovery,” says Heaton-Harris. “By maximising the benefits of every pound that we’re channelling into rail, we will make the case for continued investment. Our intention is to create a more resilient, resourceful and robust railway, equipped for the challenges ahead and delivering better for its passengers, as we build back better from Covid-19.”

“There has never been a more important time to make the case for rail,” says Mr Andrew Haines, chief executive of NR. “The pandemic has spurred us to make real progress in removing barriers that have long hindered industry transformation. But of course, there is still much more to do, and we will do that faster and more effectively when we work together across the industry.”

The Project Speed initiative was first announced in June 2020, and is headed by chancellor of the exchequer, Mr Rishi Sunak. Project Speed also builds on the DfT’s own Acceleration Unit, launched in August 2020, also with the aim of reducing costs and project timescales.

The initiative is part of a broader strategy to modernise and improve the country’s rail infrastructure, which also includes the DfT’s Restoring Your Railway ‘Ideas Fund’, which aims to reopen lines which were closed in previous decades. The fund awarded a £794m investment package to two line reopening projects last month.