CAF has taken a financial stake in Orbital Critical Systems (OCS), which specialises in the design, development and verification of critical systems for the aerospace sector and the railway industry. 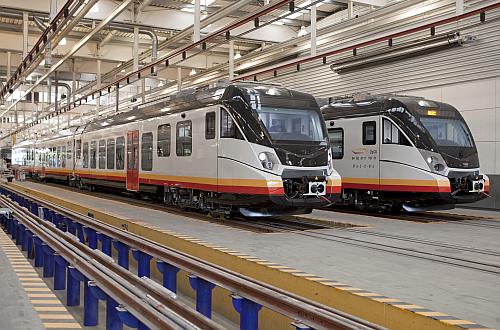 CAF says the agreement aligns with its strategic plan.

OCS, which was set up in 2008, has headquarters in Noain, Spain, and offices in Madrid and Germany. It initially worked in the aircraft industry but currently has a number of projects in other sectors, including rail.

It is a direct supplier to Airbus and CAF, with partnering projects for the development of critical systems, particularly in railway signalling, namely ERTMS onboard systems.

CAF says the agreement aligns with the growth and diversification objectives in its strategic plan, and will offer the opportunity to exploit the most advanced technologies and best practices in the aerospace and railway industries, and create cross synergies between both sectors.

With annual turnover of €5m and approximately 100 employees, CAF says one of the main highlights of OCS is its permanent technological developments which are a significant part of the company's activities and accounts for a sizeable part of its annual budget.