CANADA's federal budget for 2017 was released on March 22 and highlights the government’s continued push toward public transit projects by allocating $C 25bn ($US 18.7bn) through various avenues. 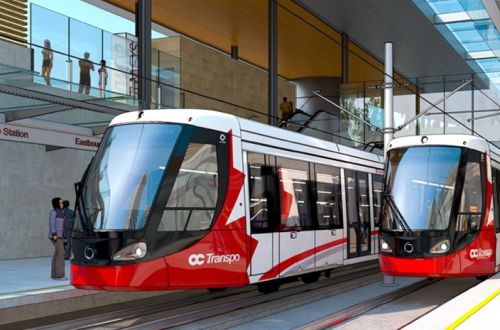 Ottawa called the budget “the next step in the government’s long-term plan to create jobs and strengthen the middle class.”

The government continued its commitment to establish a new Canada Infrastructure Bank, which it describes as an “an arm’s-length organisation that will work with provincial, territorial, municipal, indigenous and private sector investment partners to transform the way infrastructure is planned, funded and delivered in Canada.”

The budget calls for the bank to invest at least $C 35bn over 11 years, using loans, loan guarantees and equity investments. The government says it will introduce legislation to establish the infrastructure bank and begin the process to identify a CEO and chairperson of the Board of Directors with a goal of having the bank operational in late 2017.

The Canadian government also plans to invest $C 20.1bn over 11 years on public transit projects “through bilateral agreements with provinces and territories, with provincial and territorial allocations determined using a formula based on ridership (70%) and population (30%).”

The government says it would work closely with provinces and territories to invest public money properly. Additionally, the budget calls for the infrastructure bank to invest at least $C 5bn in public transit systems.

“By committing to long-term and dedicated transit funding, this government has empowered transit agencies to plan for the infrastructure projects that their communities need today, and the projects they will need in the future,” says Ms Sue Connor, chair of Cuta and executive director of Brampton Transit. “But funding is only part of the equation. Now all levels of government, the transit industry and the Canadian public must work together to ensure that this funding is utilised in a way that maximises economic, environmental and social outcomes for Canadian communities.”