BRITISH construction and facilities management company Carillion went into compulsory liquidation on January 15 following the failure of emergency talks with lenders and the government to avert the group’s collapse. 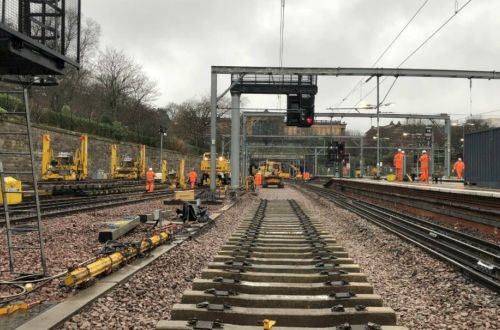 The High Court has appointed an official receiver, who will be advised by six “special managers” from PriceWaterhouseCoopers.

Carillion is the second-largest provider of maintenance services to Network Rail, with contracts worth £352m, or 4.82% of the infrastructure manager’s total spending, in the 2015-2016 financial year. NR has been developing contingency plans for Carillion’s collapse since the company issued a profit warning in July 2017.

Through its 50:50 Carillion Powerlines (CPL) joint venture, the company is a key player in NR’s electrification programme. Last year CPL was awarded a £260m contract to carry out electrification works on the Midland Main Line between Bedford, Kettering and Corby and a £49m contract to electrify the line from Edinburgh to Glasgow via Shotts.

Last year a joint venture of Carillion, Eiffage, and Kier was awarded two contracts with a total value of £1.4bn for civil works on the 190km first phase of High Speed 2 between London and Birmingham. Kier said in a statement on January 15 that it does not expect the collapse of Carillion to have any adverse impact on the contract.

In 2014 Carillion attempted to merge with Balfour Beatty, but after making three proposals to its rival, the bid was abandoned.