CHINA Railway (CRC), the state-owned national operator, has been appropriated a Yuan 800bn ($US 115.13bn) budget for 2017 as it pushes ahead with network and service expansion following a record-breaking 2016. 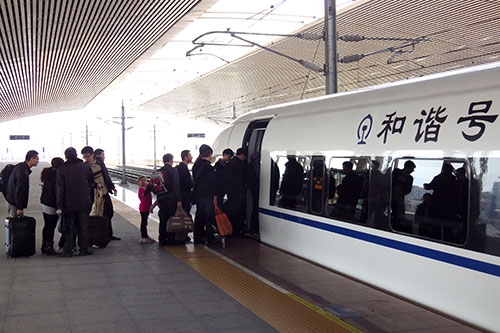 The budget announcement, which is the same as 2016, was made during a China Railway Work conference held in Beijing on January 3 and will support the construction of 2100km of new main line railway, 2500km of track-doubling and electrification of 4000km of railway during the year.

This work follows the completion of Yuan 801.5bn of investments in 2016, including the opening of 3281km of new main line railway. In 2016 the network carried a record 2.7 billion passengers, an increase of 11.2% year-on-year, with 1.44 billion of these trips on its high-speed network, which now exceeds 20,000km. Internet tickets accounted for 60% of total sales, with mobile phone tickets accounting for 40% of the total.

In 2017, passenger traffic is expected to increase to 3.025 billion passengers, and rail freight volumes to 2.75 billion tonnes or 34.55 trillion tonne-km.