JINGYE Group, China, has completed the acquisition of British Steel’s British and Dutch assets and pledged to invest £1.2bn in the troubled steel maker. 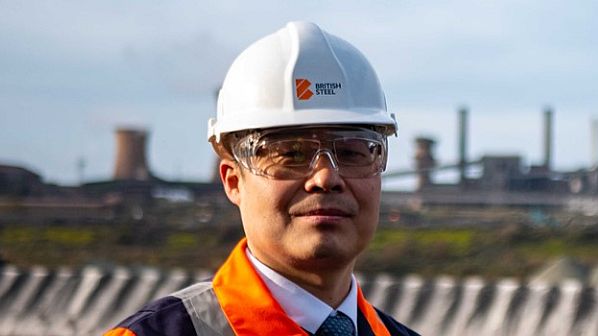 The company manufacturers various types of rail as well as providing welding and technical services. The completion of the deal secures the future of approximately 3200 jobs and follows the agreement of new terms with customers and suppliers.

The transaction includes British Steel’s steel works at Scunthorpe, Britain, and British mills at Teeside Beam Mill and Skinningrove as well as subsidiaries FN Steel, Netherlands, and TSP Engineering. The deal does not include British Steel’s French operation at Hayange, the acquisition of which is still subject to further negotiations with the relevant authorities in France and is hoped to be concluded separately.

Jingye says it plans to return the company to industry-competitive margins within five years. Initiatives include:

“It has not been an easy journey since we first announced our intentions in November, but the longer I have spent in Scunthorpe the more I have come to believe the successful future of these steelworks and the employees that have made them famous throughout the world,” says Mr Li Huiming, Jingye Group CEO. “Together we can forge a new partnership that will mark the beginning of a new illustrious chapter in the history of British steel making.”

British infrastructure manager Network Rail is a major British Steel customer and CEO Mr Andrew Haines expressed his delight that the deal had gone through.

“We have given extensive support to British Steel and the official receiver throughout this process and we look forward to continuing this relationship with the new owner,” Haines says. “British Steel is a major supplier to Network Rail and plays a vital role in our work to safely run the railway for the millions of people who rely on it every day.”