ACCORDING to a global study of railway infrastructure suppliers by SCI Verkehr, while Siemens and Voestalpine are still the market leaders, Chinese manufacturers are catching up, which SCI says is due to advancing digitalisation in signalling and train control and profound changes in the international steel market. 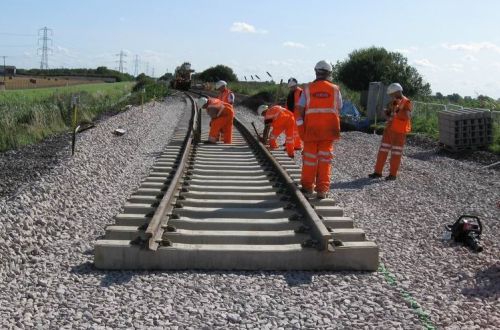 The study analyses the revenue, company development and profit of 55 of the most important manufacturers of rail infrastructure products, covering track systems, electrification, and control, command and signalling equipment.

Siemens, which is the only company with infrastructure revenues exceeding €1bn, retains its first position in the top-10 list of infrastructure suppliers, followed by Voestalpine. However, three Chinese companies have caught up in the last three years.

China Railway Construction Corporation (CRCC) and China Railway Group (CRECG) are active in track systems and electrification, while China Railway Signalling & Communication (CRSC) is the only supplier of signalling products for large parts of the Chinese railway network.

“Since these three manufacturers distribute the major share of the Chinese infrastructure market amongst themselves, they have been able to profit enormously from the growth of the Chinese railway market in the last three years,” SCI says. “In addition, they were capable of independently developing new technologies or alternatively integrating companies with such abilities.”

After the market for sleepers, the market for rails is the largest in the field of railway infrastructure products. The rails market is determined by the global steel producers, with Voestalpine the leader, followed by Evraz, British Steel and ArcelorMittal.

However, SCI says this line-up could change significantly in the next few years with the merger in October 2016 of two Chinese steel producers, Baosteel Group and Wuhan Iron and Steel Group, to form Boawu Steel Group, the world’s second largest producer of crude steel. But high overcapacity in the Chinese steel market and decreasing sales are forcing steel producers to cut production.

The Chinese government wants producers to reduce steel capacity by 100-150 million tonnes by 2020 which equates to 10% of total capacity. The Boawu Group says it will reduce capacity by more than 15% in the next few years. “How far rail production will be affected depends on the demand for new and expansion projects in China,” SCI says.