THE merger of China's largest rolling stock manufacturers CNR and CSR has moved a step forward after the State-owned Assets Supervision and Administration Commission of the State Council (SASAC) granted in-principle approval of plans to amalgamate the two companies. 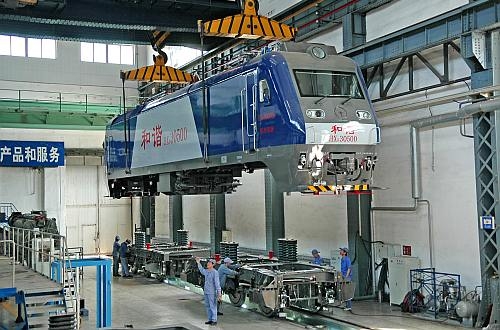 CNR also announced on March 5 that the deal has been approved by its controlling shareholder, China Northern Locomotive and Rolling Stock Industry Group Corporation, although certain other conditions will still need to be met by the two sides before the merger can be implemented.

The merger will create a new company, CRRC Corporation, which will take over all the assets, liabilities, businesses, contracts and staff of the two companies.

The total value of CNR's assets on October 31 2014 was Yuan 156.5bn, while CSR's assets were worth Yuan 150bn. Between Jaunary and October 2014 CSR generated operating revenues of Yuan 94.7bn, while CNR generated 74.5bn. Both companies each achieved net profits of around Yuan 4.5bn during this period.